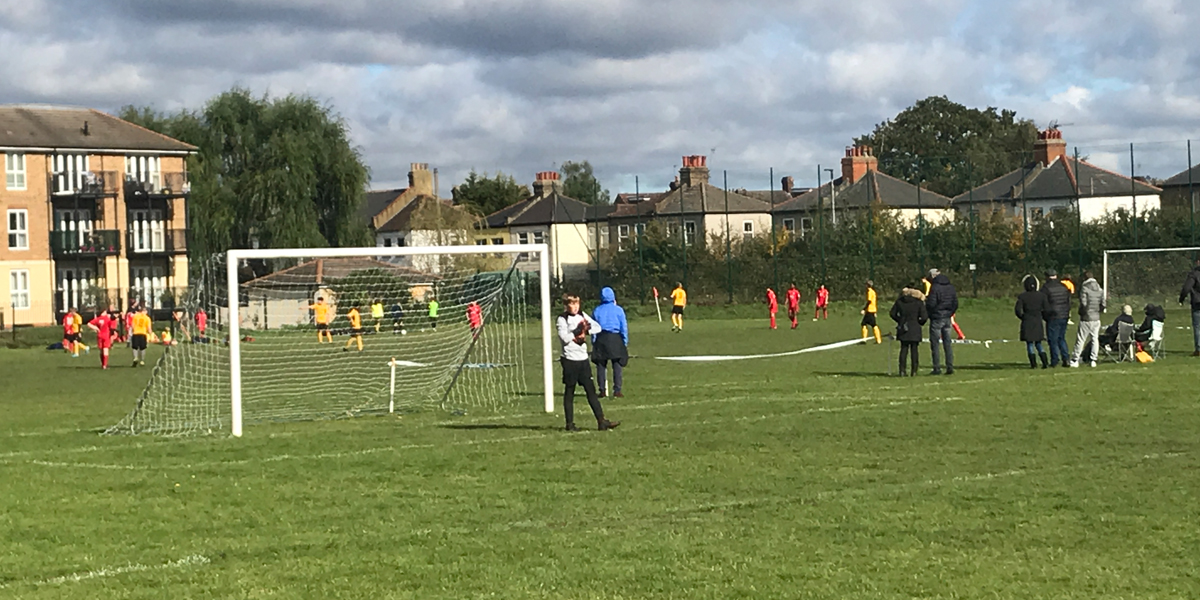 Carshalton had the first attack but failed to get a shot away. Epsom’s first attack saw a dangerous cross come in, it was inviting but nobody managed to get on the end of it. Epsom followed this up with another attack forcing a save from my boy. Epsom were looking dangerous, seemingly winning everything and stopping Carshalton from creating any real chances.

Epsom won a corner and a beautiful cross came in, it went to the back post and was coolly headed home to give Epsom the lead. My boy was rightly disappointed as his positioning could have been better.

Carshalton looked to get back into the game quickly and had a one on one opportunity but the shot was put wide. It was a good opportunity wasted. Epsom began to get on top again and forced several saves from my boy, including a couple of one on ones.

Carshalton won a corner after a good save from the keeper, the corner was a mirror copy of Epsom’s and also resulted in a headed goal. Epsom found themselves through one on one but the shot went wide with the striker put under pressure by my boy rushing out to cut down the angle. Epsom’s next attack saw a good opportunity wasted by the striker wandering offside.

Carshalton mounted an attack and won a corner but failed to take advantage. The half ended 1-1 with Epsom having the best chances of the first half.

As Carshalton have shown in recent games they started the second half with real intent. The first five minutes were all Carshalton. Winning corners and seeing shots go just over or forcing saves from the Epsom keeper.

Epsom attacked on the break but the ball was gathered by my boy. Subsequent attacks resulted in multiple corners, Epsom were trying to regain the lead and establish themselves in the second half. Epsom attacked and were through one on one with my boy. As he dived and gathered the ball the attackers knee struck the side of his head. He was a little dazed but fine to carry on.

Against the run of play Carshalton mounted an attack and unleashed a shot from the edge of the area that found it’s way into the goal. Carshalton tool the lead for the first time in the game.

Epsom were throwing everything at finding an equaliser and forced good saves from my boy. The Tension was mounting more as both teams tried to find another goal. In the final few minutes both teams had good opportunities that forced saves from the keepers.

Carshalton were using attack as the best form of defence, pinning Epsom in their half and forcing them to chase the game. The final whistle blew and Carshalton continued the winning start to the season.

Epsom played well and may have deserved a point but the determination and attitude shown by Carshalton was brilliant.