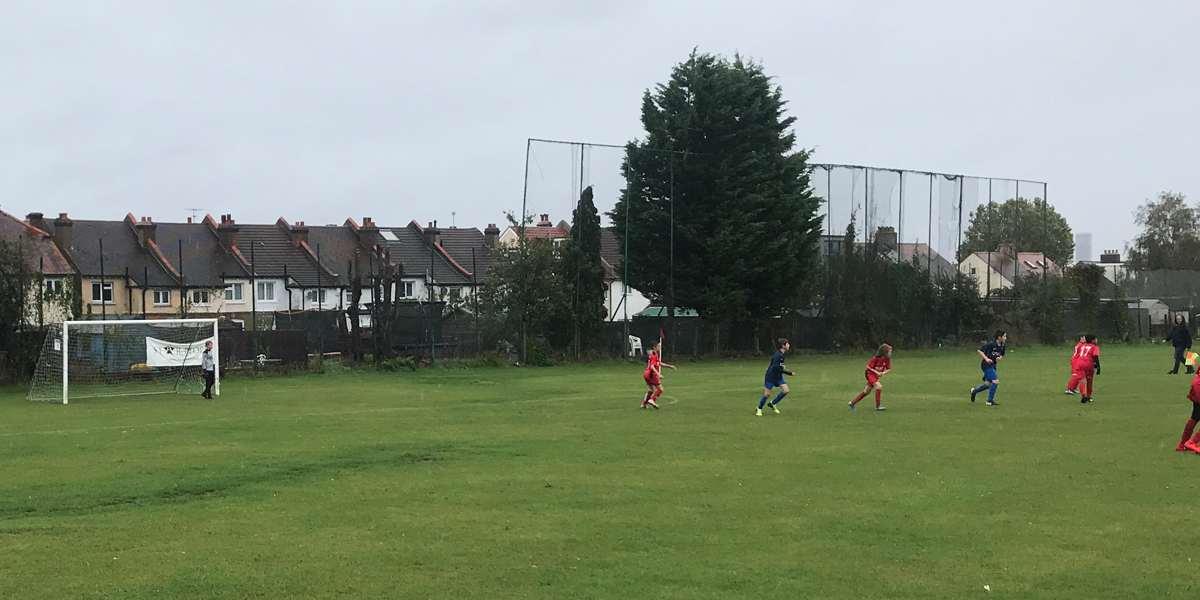 The first real attack of the game was from Carshalton, Woking defended well at the cost of a corner. Despite a solid effort on goal from the corner it was well saved. Woking attacked themselves forcing a save down low by my boy.

Woking and Carshalton then traded attacks which resulted in corners that were well defended. Eventually Carshalton looked to have calved out a one on one but the attackers touch was too heavy and the Woking keeper gathered the ball.

Woking forced a good save from my boy from corner, the ball in was dangerous and needed to be tipped over the bar. The second corner resulted in a free kick to Woking just outside the box. The free kick was saved but Woking were showing real signs of intent.

Woking’s next attack forced a terrific save from my boy, the shot from left to right looked destined for the net but it was tipped around the post. The ball delivered into the box was again very good, as the ball was directed towards the goal the initial shot was saved. A Woking player was the quickest to react and smashed the ball into the back of the net. Woking had been looking dangerous at set pieces from corners.

Carshalton looked to get the scores back on level terms, a well struck volley was saved by the Woking goalkeeper. Woking were gifted a one on one after Carshalton lost the ball on the edge of the area but the ball was smothered by my boy.

Carshalton pressed the Woking keeper and after some indecisiveness from the keeper Carshalton managed to tackle and retrieve the ball and leveled the scores to one apiece.

Woking were called offside by the referee which was unfortunate as this was not the case. Feeling upset Woking continued to attack. A shot was well saved by my boy but he failed to keep hold of the ball due to the wet conditions. A woking player found themselves with the ball at their feet and all the time in the world. They duly scored to retake the lead.

Carshalton started the second half brightly, we had a shot hit the post, another deflected wide by a defender and a third saved by the keeper. Subsequent attacks also failed to hit the back of the net.

Woking though, ever present and dangerous forced another great save from my boy, the ball struck with power heading for the top corner was plucked from the air.

Carshalton’s pressure paid off, a cross was only partially cleared and fell at the feet of a Carshalton player just outside the box, the resultant shot was fiercely struck and re-levelled the scores once again.

The game entered a strange period of end to end play with both teams having opportunities although none of them looked like resulting in a gaol. The most notable chance was for Woking who found themselves one on one but my boy claimed the ball well to snuff out the opportunity.

Carshalton began to launch attack after attack and looked like the better team. A throw-in from Carshalton picked up short, a cross from left to right was neatly struck and found it’s way into the goal. Carshalton had taken the lead for the first time on the day.

They say that attack is the best form of defence which is exactly what Carshalton began to do although could not find a fourth goal.

The game ended with a 3-2 win for Carshalton who now find themselves with four wins from four games this season. A great effort on a horrid day.