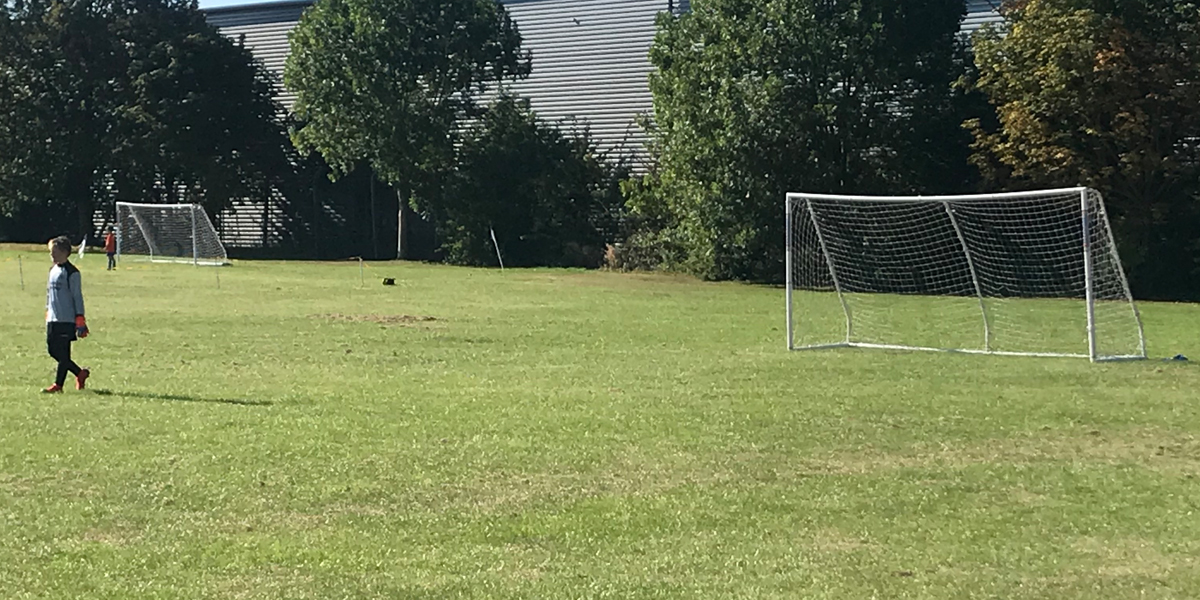 Carshalton Athletic Greens faced the Epsom and Ewell Colts Blues in this division 1 match on a crisp September morning. Carshalton’s manager was unable to attend this weeks game so I was asked to take charge. Last season I on a few occasions I would take over a game but this would be the first time I had to deal with the full match day.

I was nervous, not just because the team had started the season so well but because Epson and Ewell were the only team that the Greens lost against last season. Everyone wanted to win, the players were fired up as were the parents.

Being the manager made it difficult to take notes like I usually do, rather than focusing on my boy I needed to watch the whole team.

The start of the match was cagey, Carshalton were trying to walk the ball into the goal rather than shooting when given the time and space to do so. Epsom played some good through balls and called upon both defenders and my boy alike to tackle and make the saves. A couple of one on one chances were well saved by my son.

Carshalton looked certain to score just before half time, the ball landing at the feet of the Carshalton player inside the box with no defenders anywhere near him. Unfortunately the shot was straight at the keeper.

At half time I reminded the team what they were practicing at training that week and how they needed to be brave and take the shot if they had the time and space. They all agreed that they would do that in the second half. To be fair they were playing well, putting in the effort all they lacked were goals.

About 5 minutes into the second half one of our midfielders were dibbling the ball to goal and found himself in some space. Well outside of the box he let a shot fly which clattered the post and went out for a goal kick. I was pleased, the team were doing exactly what was agreed. Carshalton looked more dangerous on the attack but Epsom were creating chances of their own.

A cross into the Epsom box hit one of their players on the hand and a penalty was awarded. In truth it may have been harsh but the penalty was slotted home and we took the lead.

With about 15 minutes left Carshalton began to defend for all of their worth, Epsom creating chances, forcing last ditch tackles and some very good saves from my boy. I was sure that one of the shots was going in, it looked to have past him yet somehow my boy managed to keep it out with his legs to turn the ball behind.

A last minute free kick on the edge of the area for Epsom looked ominous but the defence were resolute and stood firm. The final whistle blew and we continued our unbeaten start to the season. I was relieved, happy but also proud of the teams determination.

My boy pointed out to me that his team is the only U12 side in the Surrey Youth League yet to concede a goal. The whole team should be proud of that achievement, come what may they have been brilliant so far.