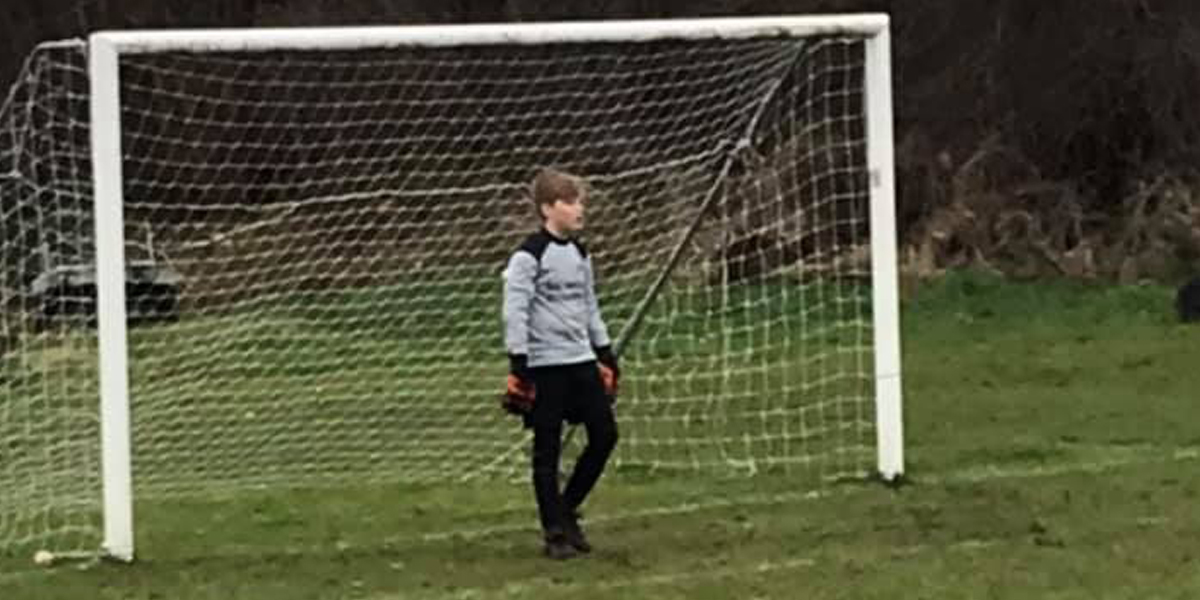 The Greens have been moved up again to the 5th Division, this match was the first since being moved up.

Carshalton pressure eventually looked like it would pay off but for a great save by the opposition keeper, a fine one handed diving save to push the ball out for a corner. The corner itself came to nothing.

Carshalton had a free quick which we took quickly, a good cross was defended well to clear the danger. A period then followed where both teams had half chances. A Raynes Park Value attack forced a very good save from my boy, quick distribution up field and a good through ball saw Carshalton take the lead. Unfortunately the Carshalton attacker was judged to have been offside so the scores remained level.

The ruled out goal seemed to spark Raynes Park Value into life, they had a prolonged period of attacking play but Carshalton defended very well. Despite being under a barrage of attacking play my son had very little to do.

The half finished 1-0 to Carshalton.

Another period of end to end play ensued, both teams were pressing to score and the game was very entertaining. Both teams had chances and both teams should have scored but for fine goalkeeping at both ends.

Eventually the pressure from Raynes Park Value paid off, a well hit shot couldn’t be kept out by my boy and the scores were level. Carshalton tried to continue attacking and certainly had the better of the chances during the remainder of the game but were unable to make them count.

The match finished 1-1 and overall it was probably a fair result. Both teams played well.