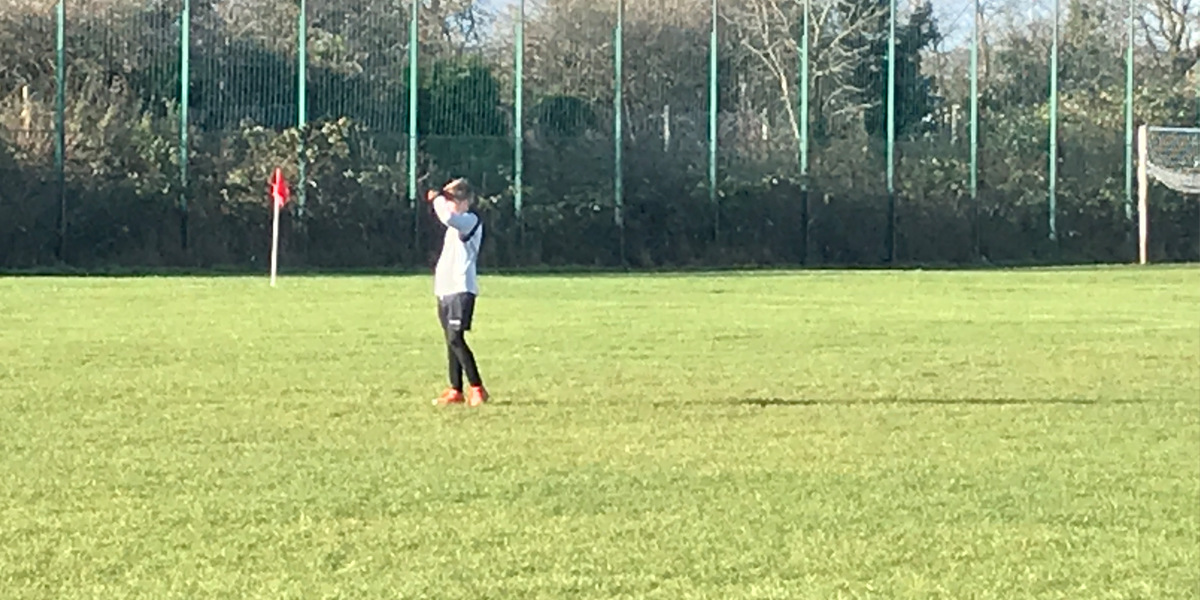 When so many other games were cancelled we were fortunate to have a game against Barnes Eagles taking place.

Carshalton had the first real chance of the game. Strong build up play ended with the ball being passed across the goal and into the feet of the Carshalton striker. With a calm finish across the keeper into the bottom right Carshalton took the lead.

Barnes mounted two quick attacks, both gathered up by my son. Despite spilling the ball on the second attack he recovered well. Carshalton almost scored a second goal but the woodwork denied us.

Barnes continued to push and were very strong in the midfield. They had two one on ones against my boy in quick succession but on both occasions they were foiled by good saves. It was clear that my boy was having a good game. Good then went to great when Barnes hit Carshalton on the break to again be clean through on goal. My boy timed his movement to perfection and snatched the ball from the attackers feet. It was a great save.

Carshalton then had a period of domination, Barnes were defending well and the goalkeeper was forced into some good saves but the pressure eventually paid off. A decent cross caused a melee in the box which was smashed in from close range.

The half finished 2-0 to Carshalton.

A very equal first ten minutes of the second half. Both teams had chances but they came to nothing. My boy took a couple of knocks in quick succession during saves but continued to deny Barnes.

Barnes pressed to get back into the game and Carshalton mounted fast counter attacks. Despite some good chances we could not take advantage.

The game ended 2-0. It was one, if not the best display my son has had in a Carshalton shirt so far. A very good team performance which made the result even more pleasing. It was a fine way to end 2019 and go into the Christmas break.