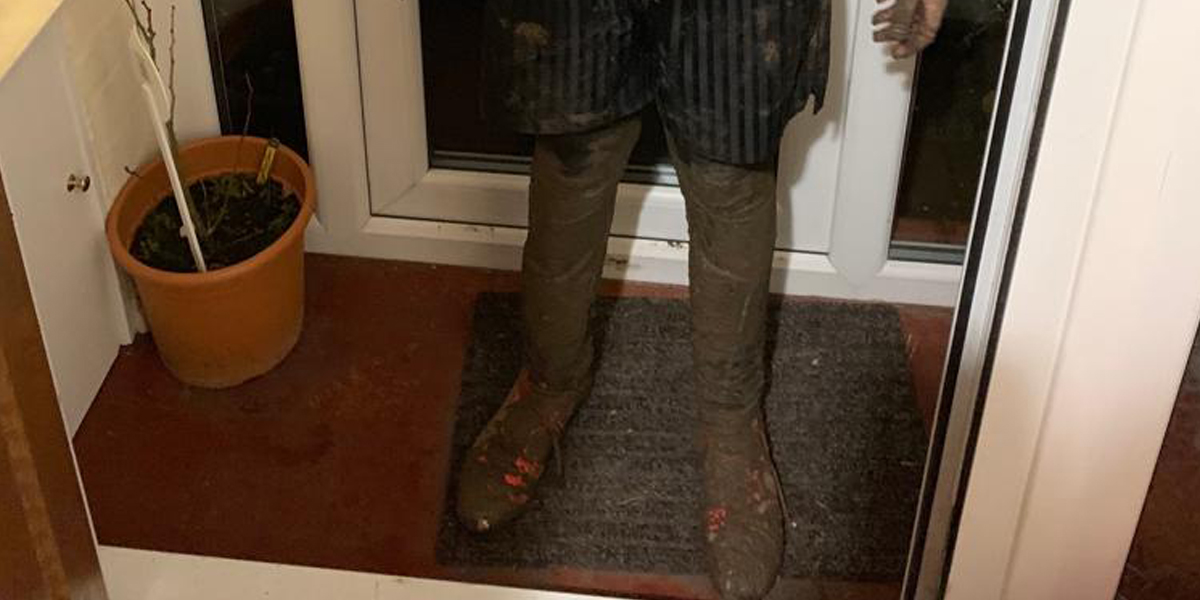 A cold, windy and muddy morning for an away match at Hampton and Richmond. I have seen worse places to play football and the pitch seemed in pretty good condition despite the recent weather.

The start of the game was quite even, both teams were trying to play football as apposed to hoofing the ball up the pitch aimlessly.

The game was end to end but it took a poorly placed goal kick from my boy after 10 minutes to provide the first real chance. My boy recovered well to gather the ball and start a quick counter attack. The Carshalton attacker was clear in goal but a last ditch tackle forced him wide. After a quick pass a shot was really well deflected by the keeper onto the crossbar and out for a corner.

Hampton & Richmond had a good effort saved, the shot heading towards the bottom corner. Carshalton came closest though in the first half after first hitting the post. The next Carshalton attack saw the ball whipped across the goal with the striker missing the ball by inches.

Much of the second half passed like the first, great end to end football but no real goal scoring chances for either team. A Carshalton press from a goal kick saw the attacker win the ball but shoot wide into a near open goal. Not to be outdone Hampton and Richmond also put a shot wide moments later after winning the ball on the edge of the Carshalton area.

In the final few minutes Carshalton attacked and thought they had scored but it was ruled offside, a correct decision to be honest but it was still disappointing.

The game ended 0-0. Everyone involved can hold their heads up though. It was refreshing to see two teams trying to play decent football in a spirited hard fought game.