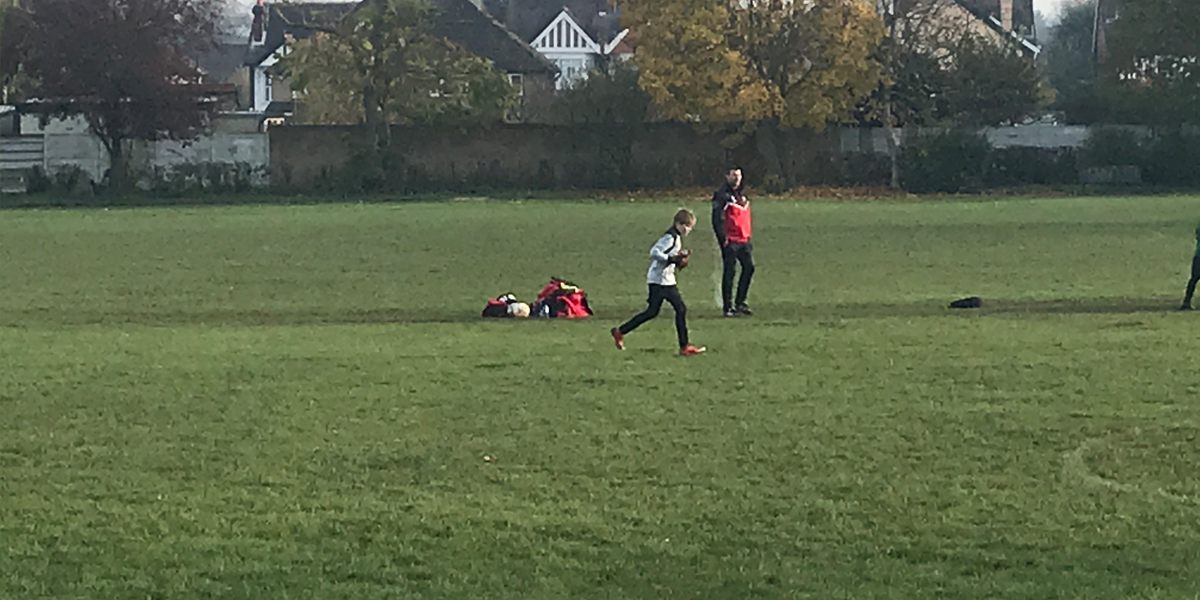 This was the first cup game of the season for Carshalton Athletic Greens. It was a cold morning and the pitch was wet and muddy.

As has become the norm Carshalton began the match brightly. Some good runs and passing saw the opening exchanges put Carshalton on top. A run down the right wing and a well placed cross was met with a header to put Carshalton in front. Less than 60 seconds later the same play seemed to be repeated and Carshalton were two goals ahead.

Epsom were beginning to get into the game and began to mount attacks of their own. Some good saves from my boy and last ditch defending kept Carshalton ahead. Carshalton hit Epsom on the counter attack. A run out from defence past four Epsom players and a nice pass put the Carshalton striker through on goal who calmly slotted the ball into the net. A hat-Trick and Carshalton 3-0 up.

Carshalton had a fourth goal ruled out for offside, it was close but probably the right call. Felling aggrieved Carshalton mounted an immediate attack and the ball was stuck across the goal and into the top corner. The score was 4-0 and Carshalton were on top.

Epsom broke away from a throw in and crossed the ball, it landed at the feet of an Epsom player and it was put into the net to make it 4-1. From kick-off Epsom won the ball and attacked again. A well placed finish beat my boy and the score was 4-2. Two sloppy minutes where Carshalton lost concentration was punished.

Epsom had their tails up and started the half bright. Some good attacks were only dispelled by good defending and good saves. I lost count of the number of one on ones Epsom had but my boy did well on numerous occasions. Epsom were well and truly on top, Carshalton had no subs and legs were starting to tire whereas Epsom had 4 subs and were using them well.

Epsom’s attacks were rewarded with a third goal which squeezed in under my boys body. Carshalton, who looked confident at the start of the game now looked vulnerable. Epsom mounted a relentless stream of attacks, giving Carshalton no time to recover and compose themselves. The equaliser finally came and was a fine shot into the top corner from the edge of the area.

Epsom’s attacking play did not relent and they were soon breaking through the defence with unnerving regularity. Eventually Epsom scored to take the lead for the first time in the game. The comeback was complete. Carshalton now attempted to get back into the game and began to attack as they had at the start of the game. A fine save by the Epsom goalkeeper deflected a shot against the cross bar.

Epsom launched a counter attack and broke through to be one on one again, a Carshalton player tracked back and was judged to have fouled the Epsom player inside the box. In truth it was tight but should probably have been a free-kick. The penalty was placed into the top corner to make it 4-6 to Epsom.

Carshalton tried in vain to get back into the game and it was soon full time. The effort by Carshalton cannot be faulted, every player put in everything they had and they should be proud of that.