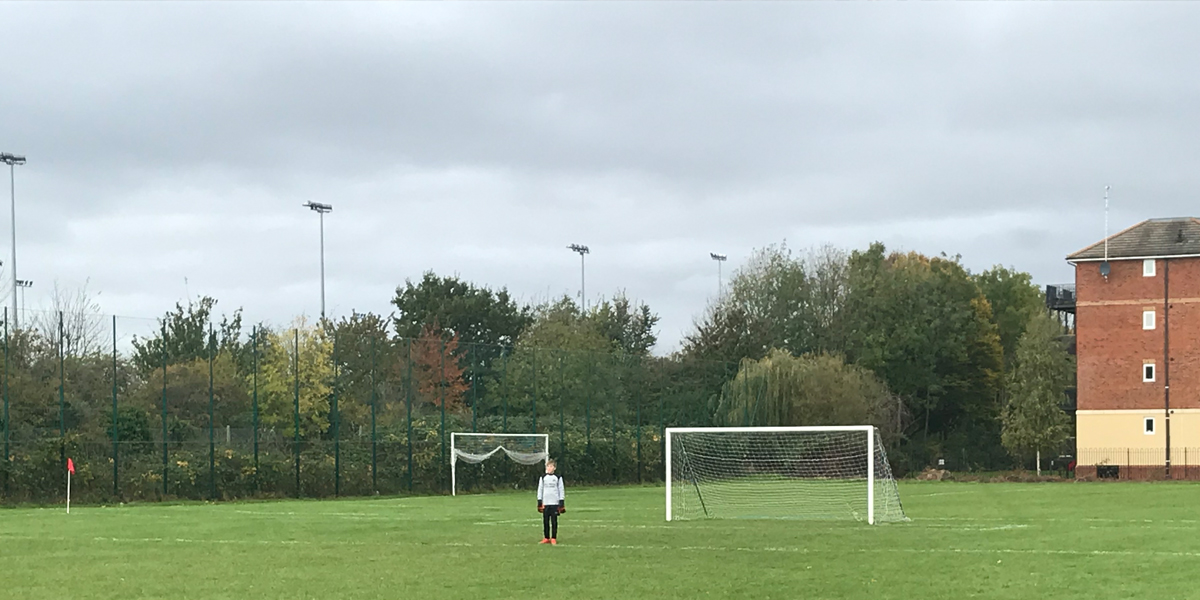 The match started with both teams eager to take an early lead. Both teams mounted attacks and were passing the ball well. Carshalton were first to score with a good run down the left by the winger who passed the ball for the striker to shoot across the keeper into the bottom right corner. It was a good move and fine finish.

Raynes Park Value looked to try and get back into the game but Carshalton started to dominate with attack after attack and very little in reply. The half ended 1-0 to Carshalton.

The start of the second half continued as the first half ended. Carshalton were piling pressure on Raynes Park Value and it paid off early in the second half. Following a Raynes Park Value goal-kick their defender was put under pressure and lost the ball, a quick shot was very well saved but the goalkeeper could not hold onto the ball and it was slotted into the net to make it 2-0 Carshalton.

To Raynes Park Vale’s credit they did not give up and worked themselves back into the game. Both teams should have scored but good defending on both sides kept the score at 2-0.

Raynes Park Vale soon broke through the defence and their attacker was one on one with my boy. As the attacker entered the box my boy closed him down and just before he went for the ball the attacker knocked it on. My son failed to get anything on the ball but did make contact with the striker who went down somewhat theatrically. In my opinion it was a penalty all day but the striker’s last touch on the ball meant he had no chance of scoring. I believe he knew this and made the most of the contact which was not really necessary. The penalty was well taken and placed in the top right corner of the goal leaving little chance for it to be saved. The score was now 2-1 to Carshalton.

Raynes Park Vale now had renewed belief and should have scored again with their next attack. A darting run down the right wing saw the ball whipped in and go past everyone in the box including two Raynes Park Vale players. The match ended 2-1 and despite the penalty it was an entertaining game.