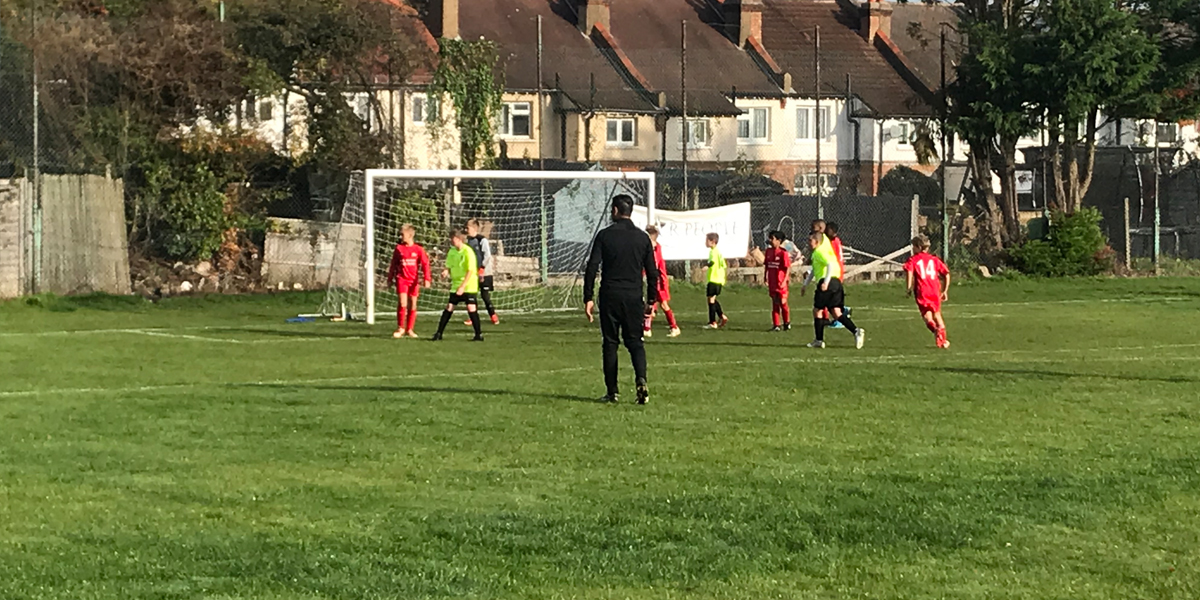 Last weeks game was cancelled so the team was raring to go in this home game against Kingstonian.

This was going to be an exciting game with both teams attacking and forcing saves from the keepers from kick-off. The deadlock broken in fine fashion by Carshalton with a wonderful shot from outside the box. The shot was across the keeper and into the top corner. 1-0 Carshalton.

Kingstonian won a corner, the incoming ball skimmed a Carshalton players head putting it out of reach of my boy. The ball slotted in at the back post to level the scores.

Both teams pressed and mounted attacks. Kingstonian favoured longer balls over the top on multiple occasions but Carshalton defended well. Carshalton were playing some great football but were not clinical enough with their finishing. After hassling the defence from a goal kick Carshalton had an effort rebound off the cross bar. The clearance landed at the feet of a Carshalton player who controlled and passed the ball which was slotted into the bottom corner. 2-1 Carshalton.

Kingstonian continued to attack and won a corner. The incoming ball was gathered by my boy but spilled into the feet of a Kingstonian player who tapped it in to make the scores 2-2. My boy was livid that he spilt the ball but made amends shortly afterwards as Kingstonian unleashed a shot from outside the box which was parried away. Before Half time Carshalton mounted pressure and were denied a third goal by some fine goalkeeping and the cross bar. The first half ended 2-2.

A late free-kick to Carshalton saw the Kingstonian players paced. The ball sent over the keeper as he tried to close the player down. The game finished 6-2 to Carshalton.