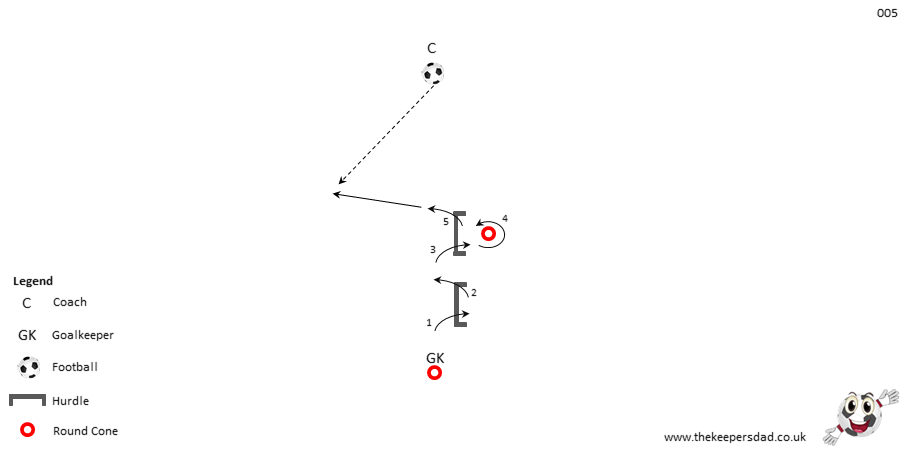 Layout
Place two hurdles in a line with cones offset at the start and end (on opposite sides of the hurdles.

Instructions
The goalkeeper should jump over the first hurdle from left to right (1) and right to left (2). Jump over the second hurdle from left to right (3) and upon landing go around the round cone (4). When going around the cone the goalkeeper should always face the direction of the coach, this is important as the coach represents a potential threat, i.e. where a shot could come from during a match. Once the goalkeeper has moved around the cone they should jump back over the second hurdle (5) and immediately on landing they should go into a dive. The coach should serve a ball for the goalkeeper to save so getting the timing right will take some practice. The coach should stand roughly 7 to 10 metres away when serving the ball and should put some speed on the ball.

Repetition
Repeat this exercise 6 to 10 times in a single set.

Change It Up
You could introduce the following changes to increase the complexity and challenge of this drill: