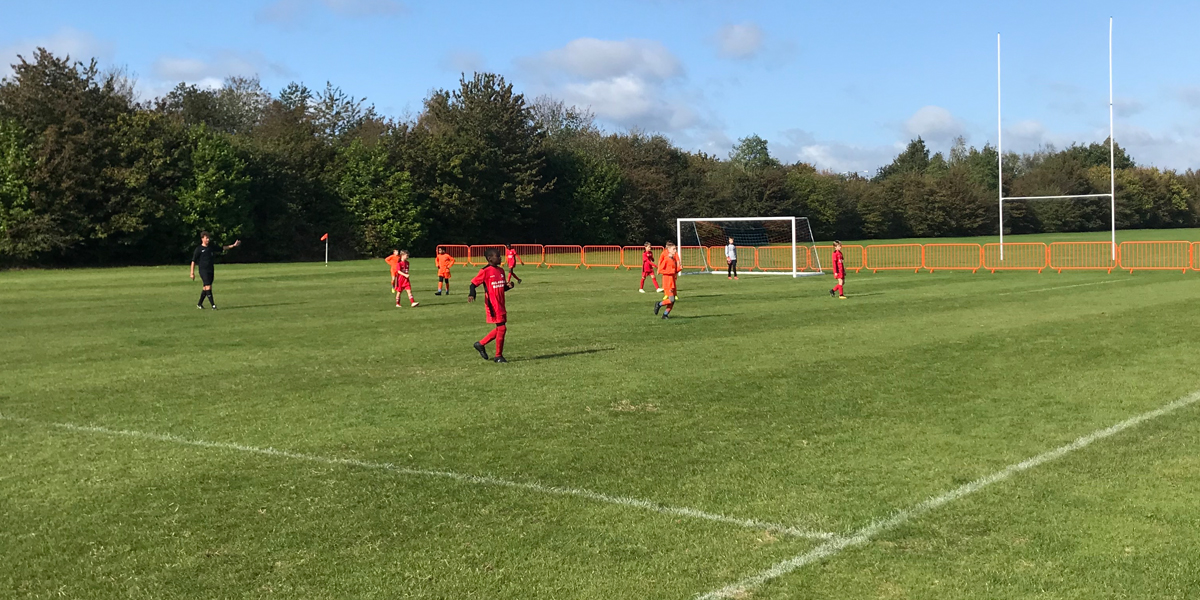 After my boy suffered an injury in last weeks game for the Whites it was a relief that he was able to play this week. This week my boy returned to the Greens for another away game this time against Lyne FC. Yet more wet weather was a concern but the pitch was in very good condition. The whole venue seemed very well managed with a refreshments hut and toilets.

Back to the game, it was obvious that Lyne were going to be a physical team from kick-off. Carshalton fielded 8 players at the start with one player running late. Despite this Carshalton had the best of the early chances, getting behind the Lyne defence on a number of occasions. Only wayward finishing by Carshalton and some fantastic goalkeeping by Lyne kept the scores level. After 5 minutes Carshalton were up to full strength and began mounting attack after attack.

Sustained pressure eventually paid off and Carshalton were awarded a penalty for hand ball. The subsequent penalty was scored to put Carshalton 1-0 up. Carshalton immediately pushed for a second goal forcing good saves from the Lyne keeper numerous times. Eventually though just before half time the second goal came. A good pass saw a Carshalton player through on goal and slotted the ball into the net, 2-0 Carshalton.

After the break Carshalton experimented with 2 players at the back. Lyne were the best team that the Greens have faced so far this year but they managed very little in attack. After a rare period of pressure by Lyne, who chased and harassed the Carshalton defence, a goal was scored. It was an apparent own goal but it’s not clear who or how the ball ended up in the back of the net but it put Lyne back into the game. As a side note it demonstrated how a goalkeeper needs to be vocal and the importance of defenders listening and following instructions, a good lesson for my son.

Feeling slightly aggrieved by the goal Carshalton looked to restore the two goal lead and produced some outstanding football. Carshalton made several good chances but more fine goalkeeping from Lyne kept the scores at 2-1. Eventually the pressure was too much, after a fine run down the wing followed by a decent cross the Carshalton player only had to slot the ball into the net to make the score 3-1. Not long after the final whistle sounded.

Back to winning ways for my boy and the start of 5 games in two weeks with Carshalton and School teams. Up next is a home game against Merton FC Colts.