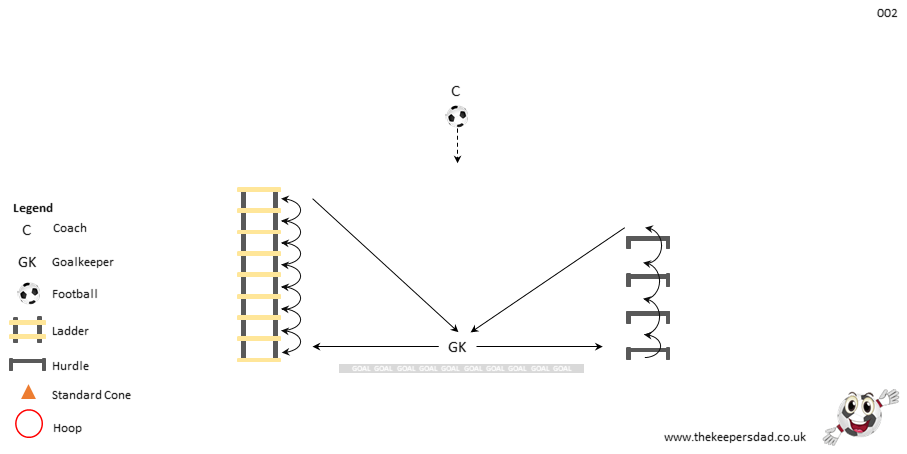 Fitness is one of those important but often disliked parts of football. I know that my son is not overly keen on doing pure fitness drills so thankfully his coaches always keep it fun and mix it up with what he enjoys. This drill provides fitness, footwork and catching all in one.

Layout
Place an agility/speed ladder on one side of the goal (facing forwards) and 4 to 5 hurdles on the other side. The goalkeeper should stand in the middle of the goal just in front of the line and the coach should stand roughly 9 to 10 metres away with a supply of footballs.

Repetition
Repeat this exercise 6 to 10 times in a single set.

Change It Up
You could introduce the following changes to increase the complexity and challenge of this drill: